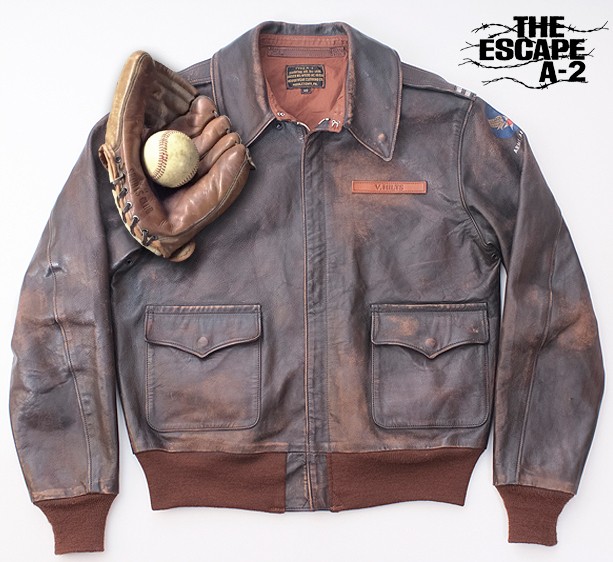 Post WWII thousands of A-2 jackets still remained in air depots and other bases. In order that these garments would give the best continued service they were treated with a reconditioning process which involved the re painting of the outer surface of the shell. Reissue A-2s are jackets that went back to the quartermasters inventory after active service and subsequently went through a refurbishment process. This included a re-coating of the leather shell with a very dark brown lacquer. After years of wear these garments would accrue a distinctive beaten-up vintage patina due to the way the lacquer would wear off. It was a beaten-up re-issue A-2 such as this (and Rough Wear model 16159) that was worn by Steve McQueen in the iconic movie The Great Escape, and is why so may have admired its vintage appeal ever since.

The last contracts for A-2 jackets were placed in 1943 and by the 27th April 1943 it was relegated to 'Limited Standard Use'. When the war ended thousands of servicemen returned home and rejoined civilian life meaning there was an abundance of military equipment and material that had to be sorted and re-inventoried. Countless millions of dollars had been spent producing it, so careful consideration was given as to what was to be kept for continued use, stored or discarded.

As you would expect, tons of it had gone overseas to various theatres of operation, so much thought was given as to what was worth bringing home and what should be left. In those few years of war, military technology had accelerated to a point where some equipment was being made obsolete almost as soon as it was put into service, such was the impetus behind a raging war machine that was totally committed to defeating the enemy. For example, 'flight' went from plodding bi-planes to supersonic jets in less than 10 years. Accordingly, this same degree of improvement took place in all other fields of military design including flight gear. However, the A-2, although being a design from the beginning of the 1930's, was considered a valuable piece of military equipment, even by 1943 it was still deemed worthy of a place in the Quartermaster's wardrobe. 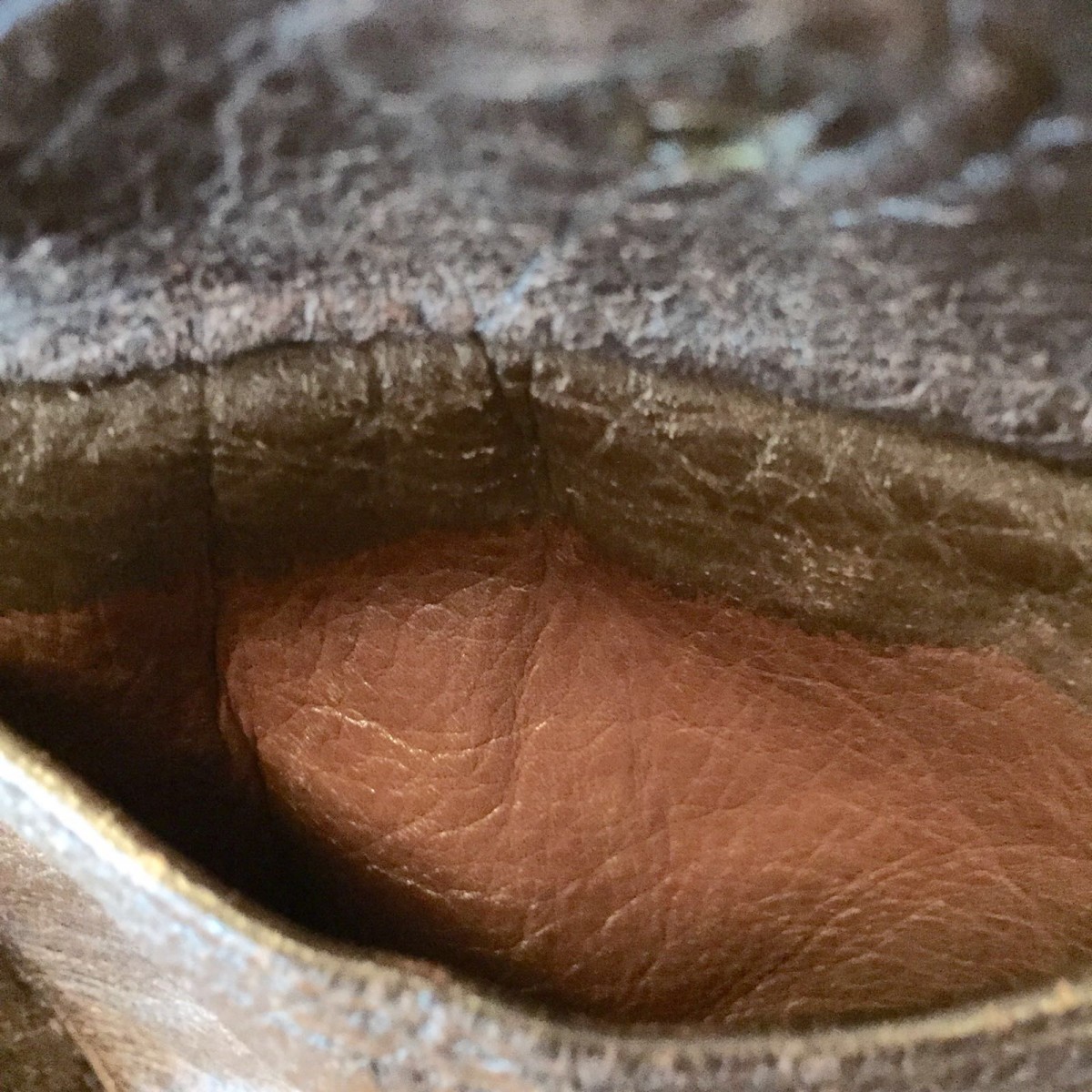 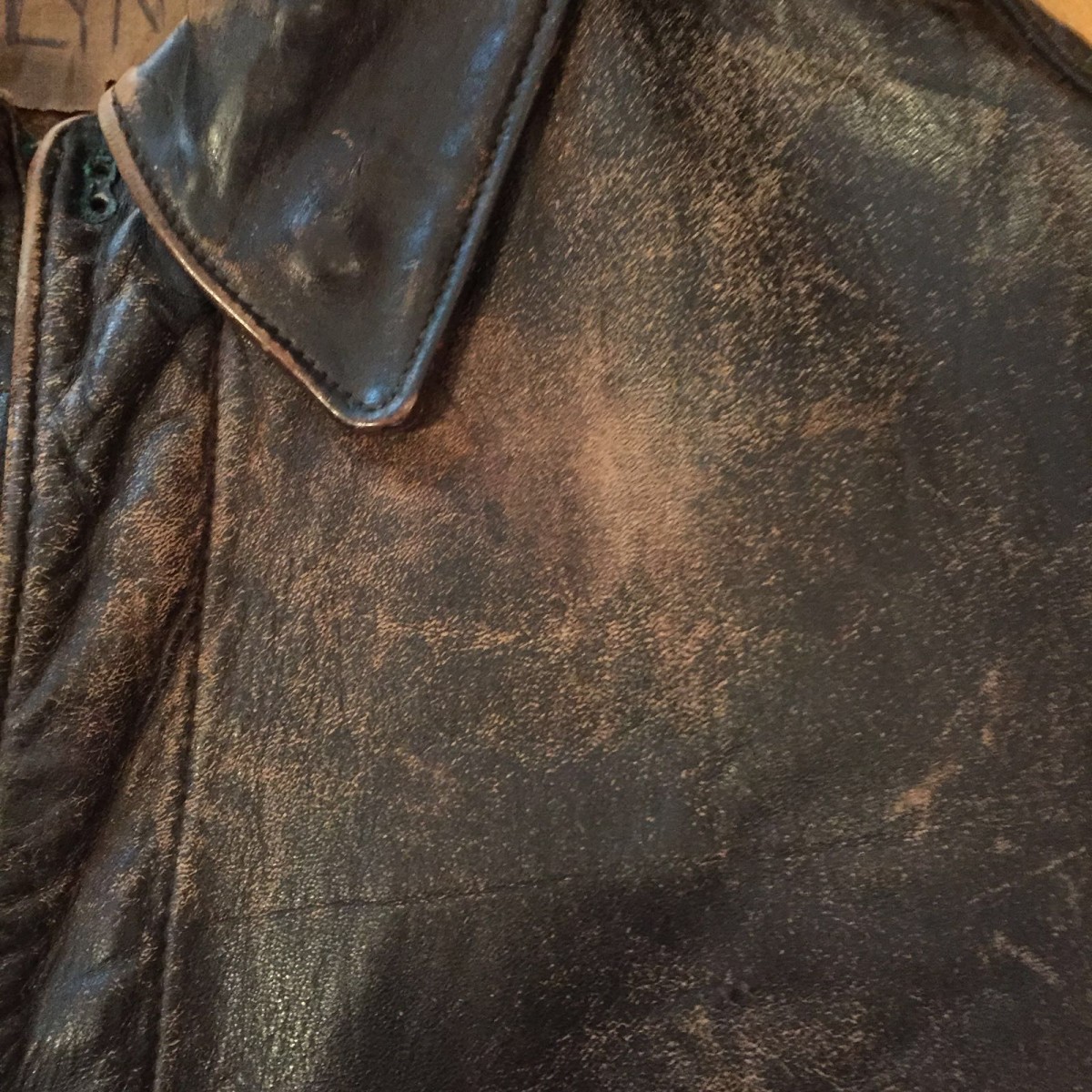 The A-2 was then put in line for 're-issue'. Experience had taught that the darker a garment was the more serviceable it would be, not showing oil stains and soiling. Because the jackets were made from aniline finished hides which tend to absorb rather than repel they were re painted with a dark brown poly-acrylate dye, which provided an altogether tougher barrier. Characteristics of this re-coating process would be that certain hard-to-get-at areas, such as down inside the pockets, back of the windflap etc, were not reached. The finish was often unevenly applied, giving rise to mottled shading and varied texture.

However it transpired that this over painting method whilst initially achieving its aim, very soon started to look shabby. The over paint would crisp and flake off. Not only this, but it would take a lot of the original under-finish with it (effectively skinning the hide), leaving just the pale, buff, skin tone of the dye-base). This left an extreme contrast between the surviving dark painted areas, and the paler skinned ones - not a good look for a military garment. This disastrous technique effectively sealed the fate of the A-2 as unsightly jackets were quickly plucked from service. The finish would wear off in irregular patterns bearing the lighter shade of the nap beneath giving a distinct contrast between those areas, and where the coating remained. All of this however is what has given these garments their latter-day vintage appeal. Nevertheless, the A-2 continued to see service well into the late 40's and can even be seen on occasion in archive images from the Korean War. 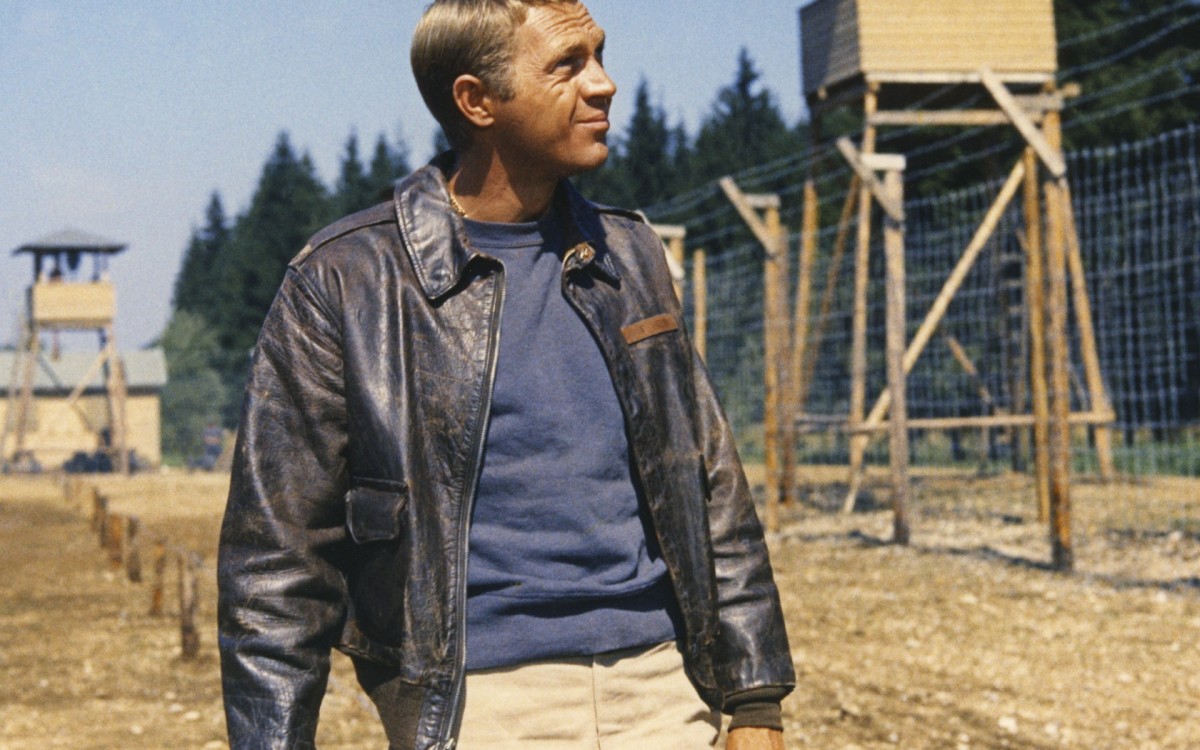 Nowhere was this look more immortalised than the jacket worn by Steve McQueen as Capt. Virgil Hilts in the movie The Great Escape. McQueen’s jacket was one such original re-issue A-2. After careful analysis of many original stills from the movie we have been able to confidently identify the jacket he wore as one made by the Rough Wear® Clothing Company, under contract number 16159. So our re-issue A-2 is made as this model. As part of the reissue process that his jacket underwent, it can be seen that the original zip, which would have most certainly been a Talon M-39 (with rectangular puller), has been replaced with a Talon M-42 with bell-shaped puller - a detail replicated on our product. 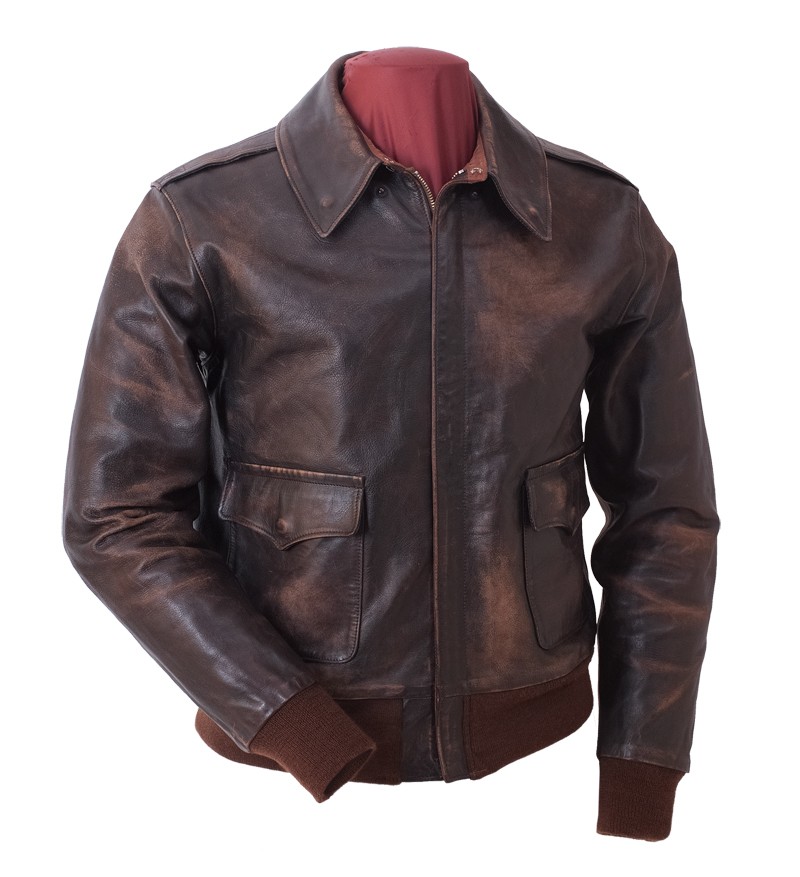 We have recreated this model in the most discerning method possible, by literally repeating the steps of production right through to the reissue finish, to bring you a garment of stunning vintage authenticity. First we produce the garment as a factory fresh original maker Rough Wear® 16159, which is made in an aniline dyed, Havana shade, veg-tanned horsehide. We then re-coat the garment with the correct shade of dark brown lacquer (just as they did at the quartermasters - by hand, with a brush), after which the garment is put through an extensive and specialised TimeWorn® process to positively re-create the high-contrast distressed wear affect of a classic vintage original. This all requires a tremendous amount of hand-done work, but is the only way this standard of authenticity can be achieved.

In accordance with AAF regulations of that time, re-issue A-2s had a mandatory Army Air Forces decal applied to the shoulder, as well as a stamp to the lining. These stamps were generally randomly positioned somewhere on the back panel no doubt due to haste, not clinically centred and perfect, so our recreation is done exactly the same way.

This garment is presented first and foremost as a plain re-issue A-2, so it comes in standard form without any insignia (apart from the mandatory shoulder decal). However, one can order the jacket with whatever extra insignia one likes from our inventory, and of course in ‘V. HILTS spec’. Click HERE to view the Eastman Re-Issue and 'Escape' A-2.