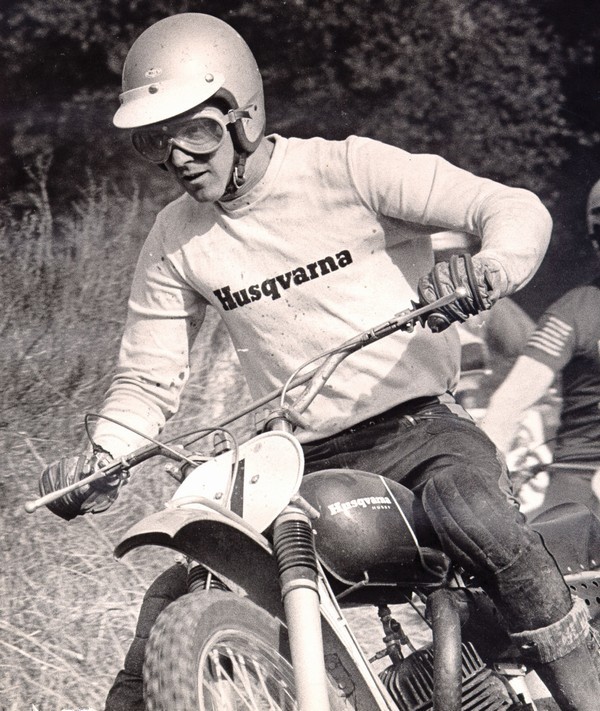 The Swedish motorcycle maker Husqvarna has a history filled with controversy, success and massive failures to its present-day position in the motorcycle world. It was sold out, bought out and nearly ground out, time and again. From an American perspective, Husqvarna essentially bred off-road motorcycling in the US and changed the entire industry.

Like many old European brands, Husqvarna’s history is steeped in military armament. Originally founded in 1689 in the town of Huskvarna, the company produced muskets and weapons for the Swedish king, but once the conflict was over, idle wartime production equipment was left seeking a new use, and that’s how Husky transgressed into the motorcycle world. First it was hunting guns, then household appliances, white goods like stoves and sewing machines, and finally motorcycles and power equipment. Its first bike was produced in 1903 sourcing engines from other manufacturers. Thirty years later the company started road racing with its own V-Twins under the guidance of renowned engine-builder, Folke Mannerstedt. Like most brands at the time, off-road machines were nothing more than modified street bikes. This, combined with age restrictions, eventually led to unexpected success in the dirt.

Motorcyclists had to be 18-years-old to ride, but bikes under 75 kgs were deemed appropriate for riders aged 16 and up. Husqvarna first targeted the lightweight motorcycle realm with a 98cc moped, inadvertently starting down a path that would change off-road racing. In 1955, the “Silverpilen,” or “Silver Arrow” was introduced in Sweden with a 175cc motor and three-speed transmission. Consumers immediately began modifying the 2-stroke for off-road use, and by 1959 the factory produced five special machines for its racers which featured an enlarged 250cc engine and 4-speed transmission. Rolf Tibblin claimed the European 250 Motocross Championship that year and Husky began toying with a 500cc 4-stroke. But, for all intents and purposes, it was the 2-stroke design that launched Husky to fame. Husqvarna produced 100 replicas in 1963 which instantly sold out, and production began virtually doubling for the next several years.

Fighting other European brands like Triumph, Bultaco, Maico, Greeves and CZ, Husky’s critical advantage was the difference in weight. Success on the World Motocross GP circuit made for an easy transition into the American market where the sport of motocross was lagging. In January of 1966, Edison Dye imported two Husky 250 machines and gave them to Malcolm Smith and John Penton. In the fall of that same year, Dye brought over someone who could fully demonstrate the potential using the proper style and technique. Torsten Hallman won every race he entered in what came to be known as the 23-Moto Streak – an exhibition of superiority that ignited Americans’ imaginations and put Husqvarna on the map in the US. 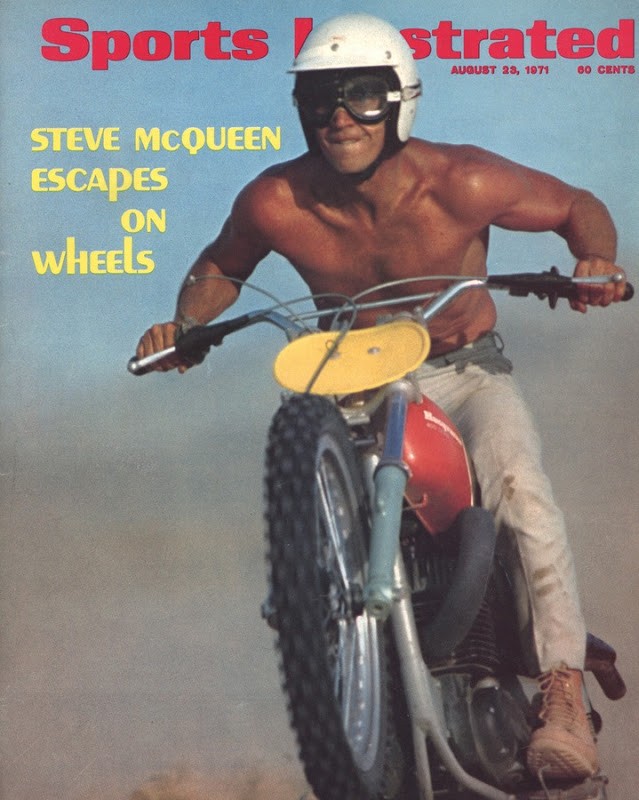 In the early 1970s, Steve McQueen was the highest-paid movie star in Hollywood, a major sex symbol and an obsessed biker with a staggering collection of sports cars, four-wheelers and of course - motorcycles. So when McQueen dropped his trusty Triumph in favour of the new Husqvarna 400 Cross - overnight Husky became the only off-road bike that seemed to matter. The Husky also got a starring role alongside Steve McQueen (as well as riding legends Mert Lawwill and Malcolm Smith) in Director Bruce Brown’s classic movie - “On Any Sunday”.

A veteran surf documentary director, Bruce Brown's interest was initially triggered after going to Ascot Park and watching the dirt track races. Brown said. “I met a few of the racers and was struck by how approachable and how nice most of these guys were. It wasn’t at all like the image a lot of people had about motorcycle riders in those days. I just thought it would be neat to do a movie about motorcycle racing and the people involved.” Even though Brown already had a successful movie to his credit (Endless Summer), he found that financing a film on motorcycling wasn’t going to be easy, until McQueen step in and told him he would back it, the rest is history and together they created an iconic and aspirational motorcycle movie that would be a catalyst for increasing the popularity of off road bikes. 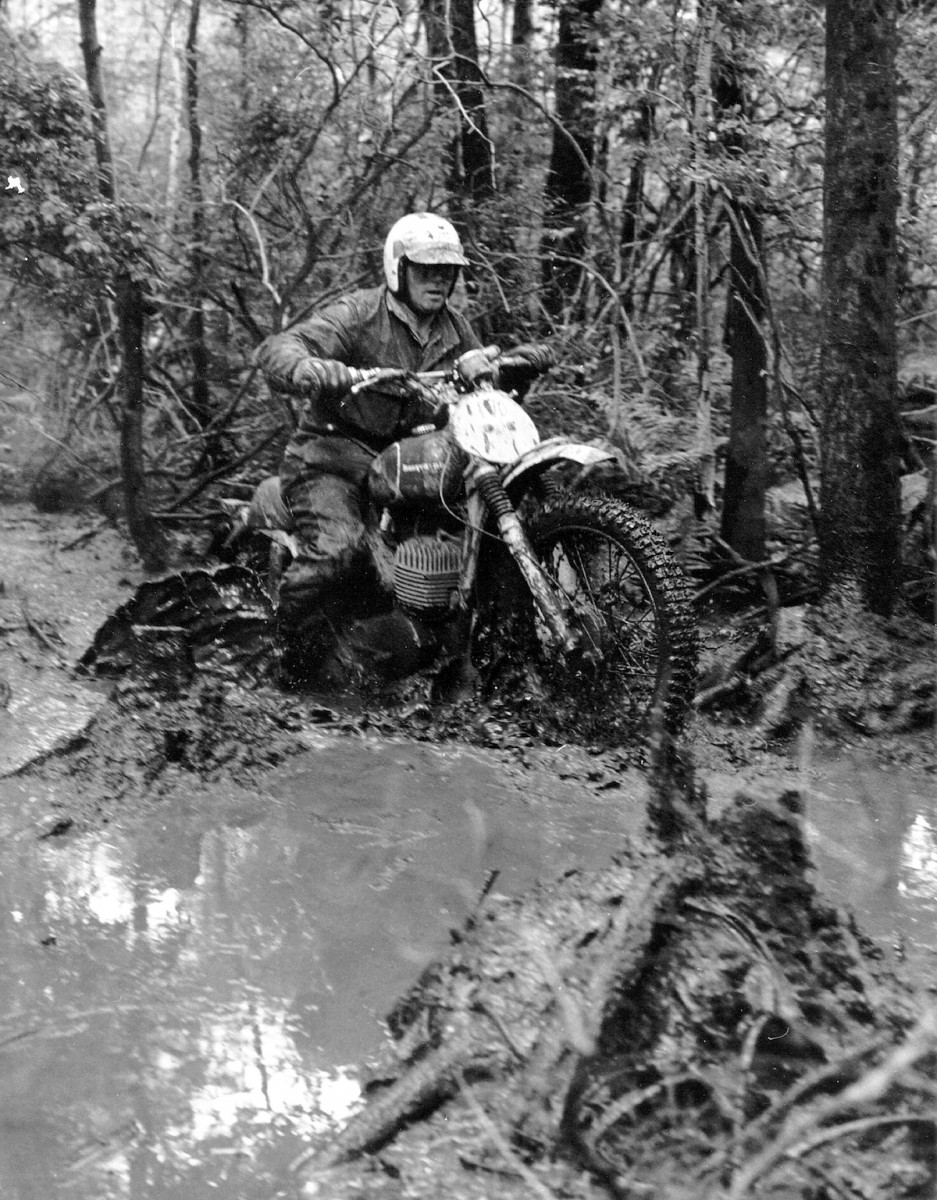 As demand increased Penton took the role of East Coast distributor while Dye handled things on the Pacific side until 1974 when Husky took over. With sales and racing success in the States and abroad, Husqvarna’s management was content to rest on its laurels, refusing to make a 125cc machine despite Penton and Dye’s feverish requests for a small-bore.

Husqvarna began constructing a new plant for its motorcycle production, called M73, but the vision was never realised. Swedish white goods powerhouse, Electrolux, purchased Husqvarna in 1977. Acquired for its line of appliances, Electrolux took on the motorcycles simply as part of the deal. After realising the profit available in chainsaws, it headquartered that effort at M73. Motorcycles were split off into their own division, Husqvarna Motorcycles AB, and transferred nearly 50 miles away to a separate factory in Odeshog. After this Husqvarna changed ownership again and unfortunately took another step further away from their glory days.

Husqvarna’s influence has reached countless riders. The list of heroes who rode Huskies at some point in their career is a Who’s Who of motocross, enduro and desert racing legends. Edison Dye is widely considered the grandfather of motocross, but Torsten Hallman was the man responsible for demonstrating Husqvarna’s motocross prowess. His fluid, aggressive riding style was unimaginable for Americans at the time. Husqvarna's history is a first-hand account of the greatness, demise and resurgence of America’s off-road racing heritage.