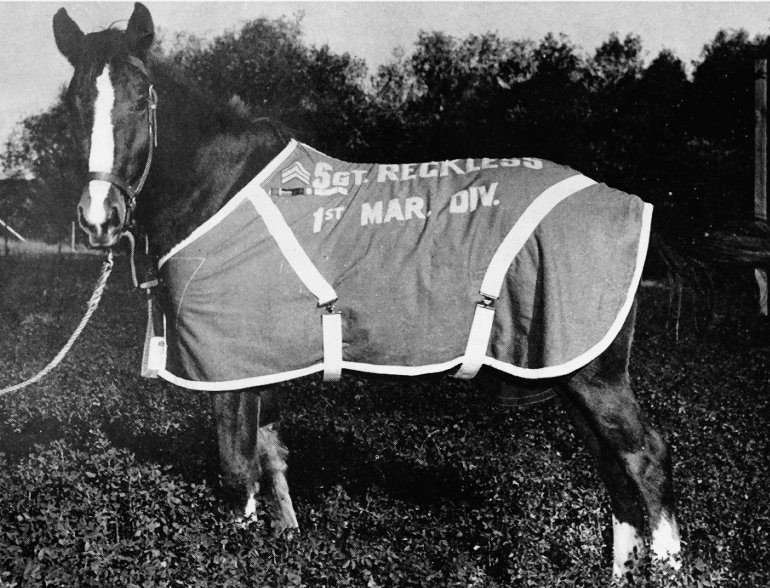 The story of Reckless is not only remarkable - it is unusual. And once you learn about her, you will see why the Marine Corps not only fell in love with her - but honoured her and promoted her every chance they got. And it wasn’t just the Marines that served with her in the trenches that honoured her - her last promotion to Staff Sergeant was by Gen. Randolph McC Pate - the Commandant of the entire Marine Corps. You can’t get higher than that in the Marines.

Reckless joined the Marines to carry ammunition to the front lines for the 75mm Recoilless Rifle Platoon of the 5th Marines - and she quickly earned the love and respect of all of the Marines that served with her. Lt. Eric Pedersen paid $250 of his own money to a young Korean boy, Kim Huk Moon, for her. The only reason Kim sold his beloved horse was so he could buy an artificial leg for his older sister, Chung Soon, who lost her leg in a land mine accident.

Kim’s loss was the Marines’ gain. It was not only Reckless’ heroics that endeared the Marines to her - it was her incredible antics off of the battlefield. You will not believe her antics when she was being ignored, or if she was hungry – let’s just say you never wanted to leave your food unattended. As legendary as she was for her heroics – her appetite became even more legendary. This horse had a mind of her own – not to mention, being very determined.

Reckless had a voracious appetite. She would eat anything and everything – but especially scrambled eggs and pancakes in the morning with her morning cup of coffee. She also loved cake, Hershey bars, candy from the C rations, and Coca Cola – even poker chips, blankets and hats when she was being ignored – or if she was trying to just prove a point. 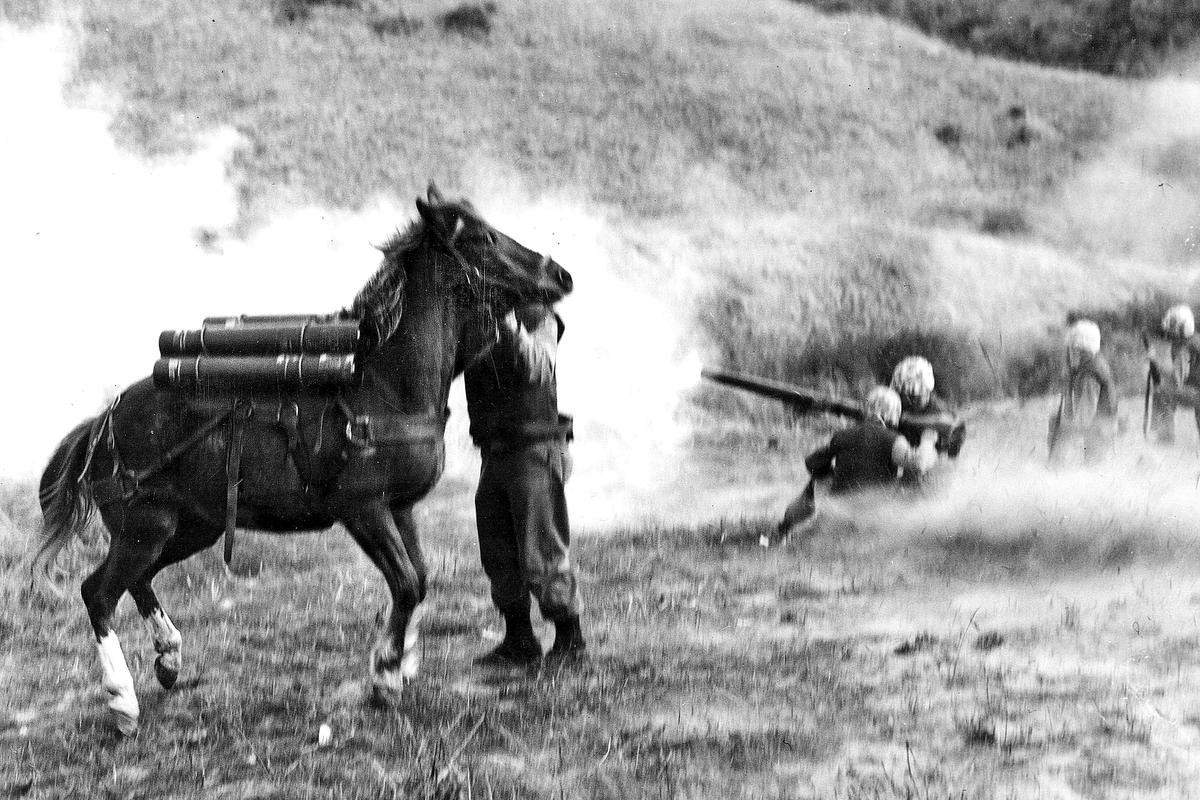 One of Reckless’ finest hours came during the Battle of Outpost Vegas in March of 1953. At the time of this battle it was written that, “The savagery of the battle for the so-called Nevada Complex has never been equaled in Marine Corps history.” This particular battle “was to bring a cannonading and bombing seldom experienced in warfare … twenty-eight tons of bombs and hundreds of the largest shells turned the crest of Vegas into a smoking, death-pocked rubble.” And Reckless was in the middle of all of it.

Enemy soldiers could see her as she made her way across the deadly “no man’s land” rice paddies and up the steep 45-degree mountain trails that led to the firing sites. “It’s difficult to describe the elation and the boost in morale that little white-faced mare gave Marines as she outfoxed the enemy bringing vitally needed ammunition up the mountain,” Sgt. Maj. James E. Bobbitt recalled.

During this five-day battle, on one day alone she made 51 trips from the Ammunition Supply Point to the firing sites, 95% of the time by herself. She carried 386 rounds of ammunition (over 9,000 pounds - almost 5 tons of ammunition), walked over 35 miles through open rice paddies and up steep mountains with enemy fire coming in at the rate of 500 rounds per minute. And as she so often did, she would carry wounded soldiers down the mountain to safety, unload them, get reloaded with ammo, and off she would go back up to the guns. She also provided a shield for several Marines who were trapped trying to make their way up to the front line. Wounded twice, she didn’t let that stop or slow her down. 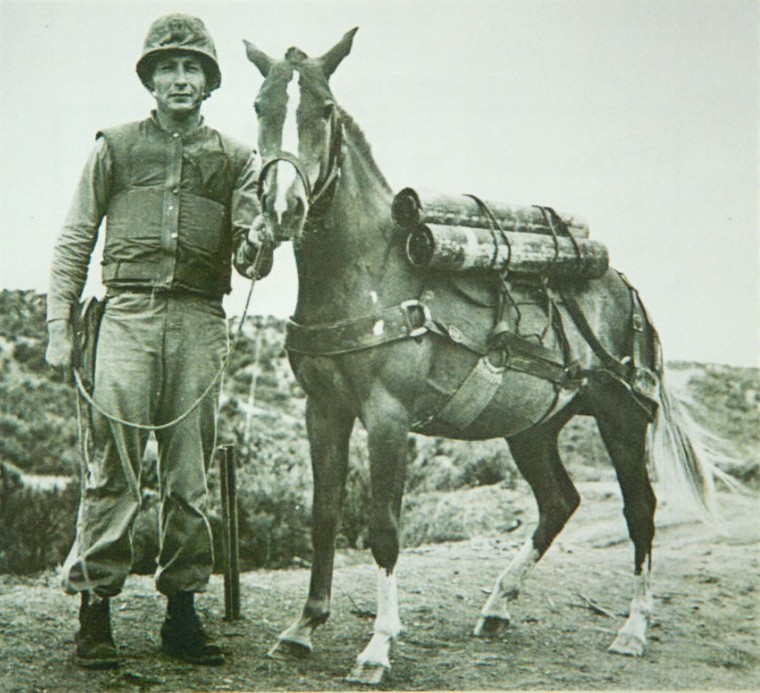 What she did in this battle not only earned her the respect of all that served with her, but it got her promoted to Sergeant. Her heroics defined the word “Marine.” She was BELOVED by the Marines. They took care of her better than they took care of themselves – throwing their flak jackets over her to protect her when incoming was heavy, risking their own safety.

There has never been a horse like Reckless, and her story deserves every honor and recognition she can receive.

She wasn't a horse - She was a Marine!