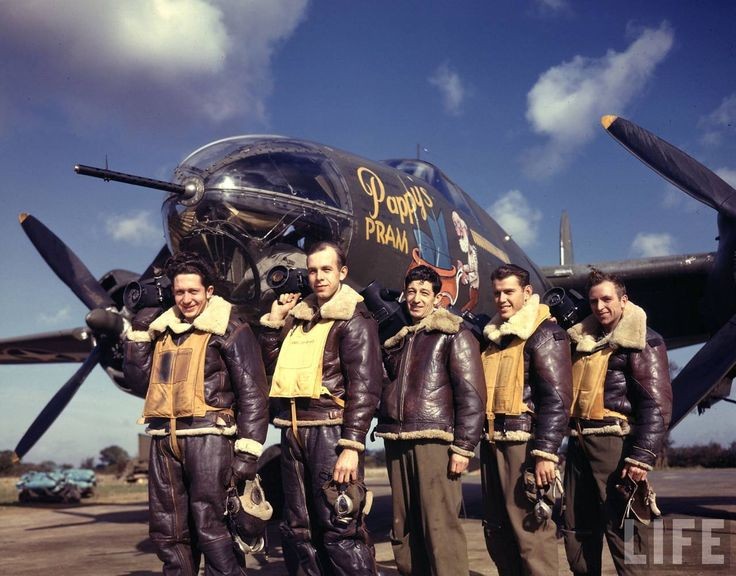 The Type B-3 flight jacket, arguably the most recognisable flight jacket in history, was principally inspired by the British 'Irvin' flying jacket. Leslie Irvin first designed what we now regard today as the classic sheepskin flying jacket during the early 1920's. In 1926 he set up a manufacturing company in England, and became the main supplier of flying jackets to the Royal Air Force during most of WWII. However, the demand during the early years of the war was so great that the Irvin company engaged subcontractors, which explains the slight variations of design and colour that can be seen in early production Irvin flying jackets.

The USAAF took the classic 'Irvin' design and from it developed the type B-3, standardised on May 8th 1934, the jacket underwent a series of specification changes over the years, culminating in the simplified pattern of late 1943. As aerospace technology improved, the altitudes at which aircraft operated increased. Most heavy bombing raids in Europe during World War II took place from altitudes of at least 25,000 ft, where ambient temperatures could reach as cold as negative 50 degrees Celsius (negative 58 Fahrenheit). The cabins of these aircraft were uninsulated, so a warm, thick flight jacket was an essential piece of equipment for every member of the crew. The B-3 would become the standard issue 'Heavy Zone' flight jacket for the next 10 years. 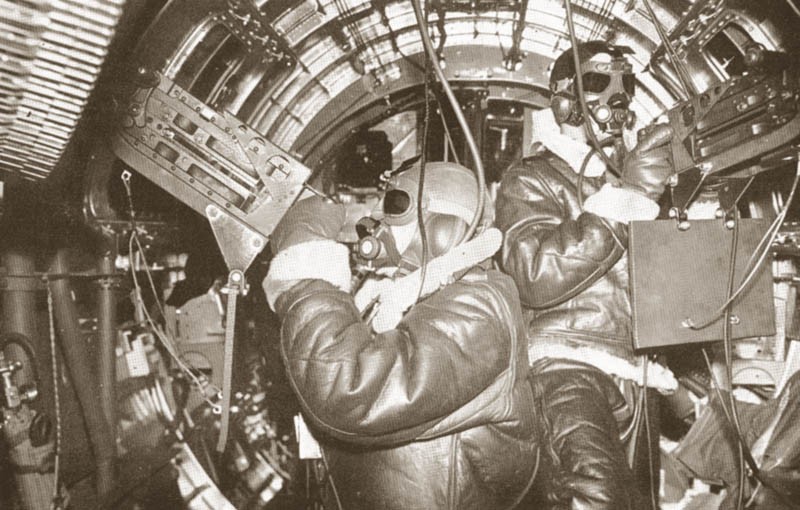 During the autumn of 1942, the United States introduced the B-17, a long-range strategic bomber better known as the Flying Fortress, in Europe. The plane would prove instrumental in winning the war. Over the ensuing months, as the bombing campaign intensified over the skies of France and then Germany, the men who flew the armed colossus proved their mettle against incredible odds. As the Allied crews flew punishing 8-9 hour missions, it was essential to retain body heat in the cold, unpressurised cabins at altitudes of up to 30,000 feet. No amount of armour, fire power, or flying savvy could prepare the men for these brutal, below freezing temperatures. It was then and there that sheepskin leather made its fateful appearance and the B-3 Jacket earned its place in aviation history. No man-made material could master such inhospitable temperatures over a sustained period and allow the crewmen to perform their critical duties.

Even today's high-tech synthetic fibres strive to provide the same incredible warmth and soft-as-butter comfort that natural sheepskin jackets offer. Unlike other materials, the crimp of the sheep's wool creates insulating air spaces, naturally retaining heat and wicking away excess moisture when the body generates it. This protection was essential to the crews of the B-17. The men who donned the B-3 Jackets relied on their rugged and tough exteriors as much as they did on their soft and pliable interiors. Furthermore, the unforgettable images that emerged from the fabled dogfights above London, Paris, Hamburg and Berlin have remained in American consciousness way past that Great Generation's heyday. The B-3 Jacket perfectly reflected that ethos of bravery and determination. The rugged simplicity of its materials squarely embodied the country's character as a no-frills, tough-as-nails but stylish uniform that could withstand the elements while providing much needed comfort and succour to cold, battle-weary men. 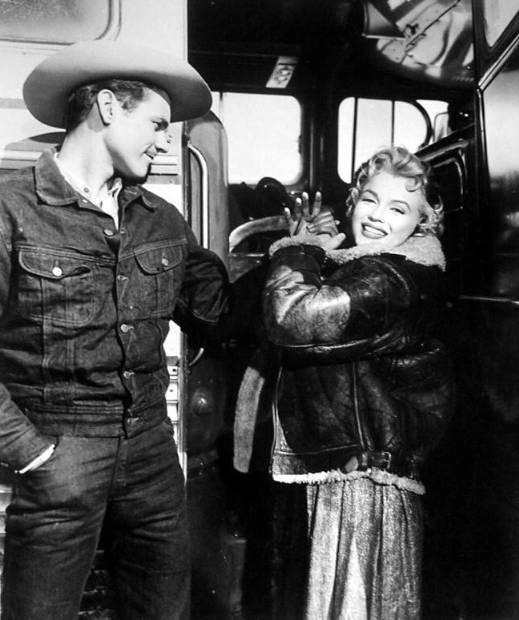 The type B-3 has become an item proudly passed from father to son, generation after generation, not to be replaced, traded or retired, but cherished and worn for its amazing natural properties. It has been immortalised in history and on film by some of the worlds greatest icons from McQueen to Monroe. Our many exacting reproductions of this timeless flight jacket can be found HERE in the Eastman USAAF Sheepskin section.