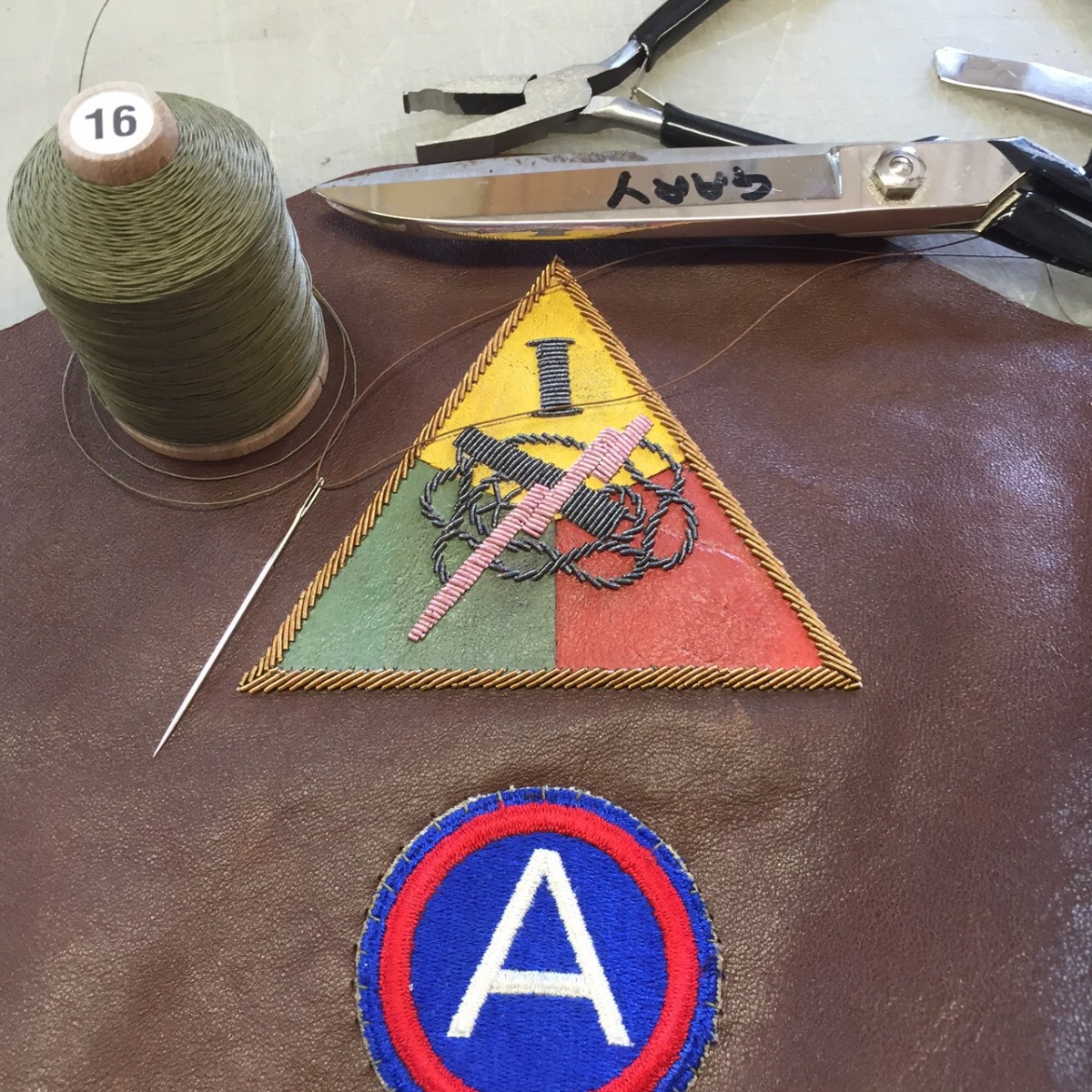 For those who seek the ultimate in flight jacket authenticity, not just in detail and spec, but in historic reference and vintage appeal the 'Elite Units' department will fulfil your quest. In here you will find jackets from famed units and even specific airmen that have excelled in one way or another. They are embellished with various insignia, paintings and details that are totally authentic in their representation. Our latest addition coming very soon to this range is the famed B-3 worn by General Patton during the Battle of Bulge. This legendary piece currently resides in the Patton museum, Fort Knox Kentucky but after many months of painstaking research we've recreated this jacket in exacting detail including the stunning hand embroidered bullion, over coloured layered leather 1st Armored Division patch, original NOS 3rd Army bevo roundel, hand painted and stitched layered leather 3 star General insignia making this the most accurate reproduction ever offered of the Patton B-3. Below is a photograph of the bullion patch on Pattons actual B-3. Above is the Eastman reproduction. 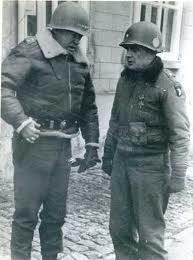 The jacket is made as it would have looked at the height of Patton's wartime career, when the then 3 star General made the incredible push with the 3rd Army in December 1944 to relieve the 101st Airborne Division at Bastogne. The iconic painting by Micheal Gnatek of Patton stood proudly in his B-3 in front of the Bastogne sign, holding binoculars and dog at his side immortalised him in this jacket at this point in time and is one of the reasons this jacket has become so synonymous with him. 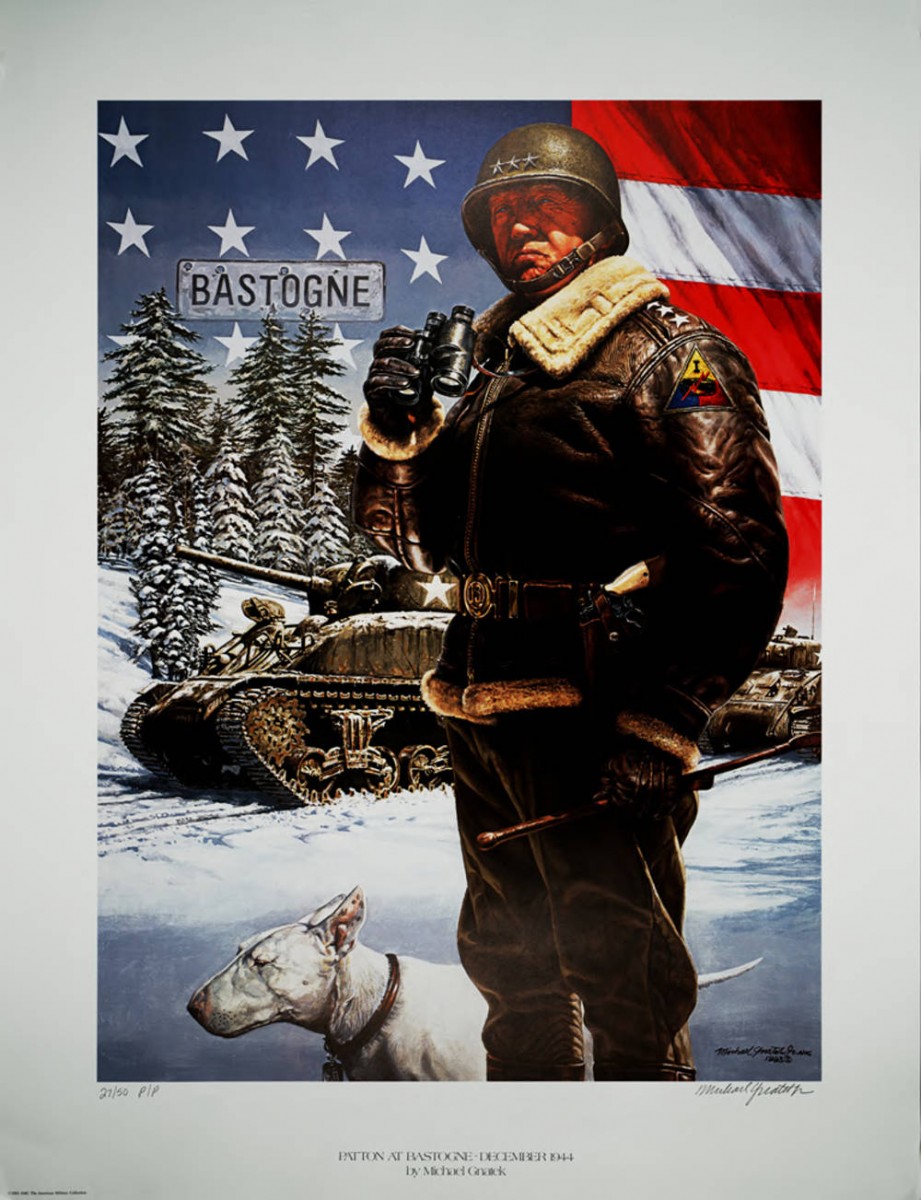 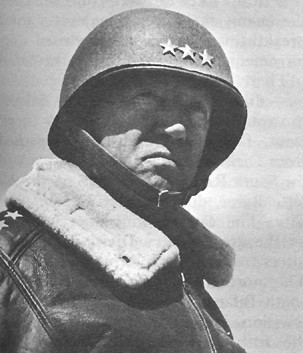 Patton's colourful image, hard-driving personality and success as a commander were at times overshadowed by his controversial public statements. His philosophy of leading from the front and his ability to inspire troops with profanity-ridden speeches, such as a famous address to the 3rd Army, attracted favourable attention. His strong emphasis on rapid and aggressive offensive action proved effective. While Allied leaders held sharply differing opinions on Patton, he was regarded highly by his opponents in the German High Command. The popular, award-winning 1970 biographical movie starring George C Scott as Patton helped to deservedly transform Patton into an American folk hero. We celebrate Patton and his achievements with this Elite Units reproduction of his famed B-3.