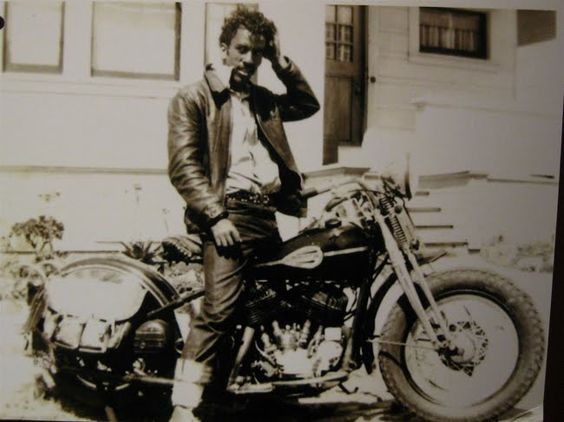 While the East Bay Dragons are by no means a singular phenomenon, they are one of only a few African American-only motorcycle clubs to come out of 50's post war America. They're also the only MC that co-exist peacefully with the Oakland Hells Angels even though the HA are fiercely territorial with other clubs that claim the same space as them. Their president for life Tobie Gene Levingston professes a long-lasting friendship with Hells Angels patriarch Sonny Barger who has written a brief foreword for his friend’s memoir.

The way Tobie Gene Levingston remembers it, the 1950s were all about rock ‘n roll and cars - especially the cars. Cruising, customising, and painting took up a lot of free time. Levingston, the son of a sharecropper who had moved West with his family from Louisiana, cherished his Chevy enough to start a car club, inviting his brothers and friends into the fold. They called themselves the East Bay Dragons and even stuck plates with their logo in the rear windows. There was just one problem: the cars.

As Levingston recalled in his 2004 autobiography, Soul on Bikes, most families in the ‘50s couldn’t afford the luxury of having more than one vehicle. A member of a car club tinkering and drag-racing their home’s lone mode of transportation became less and less practical. So Levingston customised the club itself, turning it into an all-black, all-Harley-Davidson riding crew in 1959. After all, used motorcycles could be had for as little as $40, and were often “chopped,” or modified, to fit the rider’s preferences.

The Dragons weren’t the first African-American biker club. Many soldiers had returned from World War II needing an adrenaline rush, and bikes offered a reliable fix. Of course, getting hold of the vehicles wasn't always easy: several dealers refused to sell to minorities. Still, enough men got their hands on motorcycles that by the time the Dragons really got started, several California groups had already shown off their patches on the streets. But the Dragons were a departure from the rest: In contrast to the straight-laced riders who rode “full dressers,” or bikes with windshields and saddle bags, the Dragons mandated members ride bare-boned, American-made Harleys.

They also didn’t shy away from trouble. But it wasn't the police that worried Levingston. As he remembers it, African-Americans driving cars got more attention from the cops than those on two wheels. It was the territorial issues with other motorcycle clubs that sparked the biggest aggravation. A white group dubbed the Black Crows spread word that they intended to steal Dragon bikes. One bloody brawl later, that talk got quieter. The Dragons rode where they pleased, and if someone didn’t like it, that was their problem.

“We might be peaceful one minute, ass kickers the next,” Levingston wrote. “A pack of black riders would freak the living daylights out of the neighbouring towns, communities, and police departments. That was okay … Would a member help you fix your car or kick your ass? Try your luck and find out.”

Unlike the Chosen Few MC, which invited black and white riders alike, the Dragons kept their doors closed to other races. Levingston believed the community needed a place to exchange ideas and develop a bond. His car club once had a white member, who had been a little too liberal with his use of offensive language; Levingston recalls he moved away before he was enlightened with someone’s fists.

Despite the Dragons occupying the same Oakland real estate as the infamous Hell’s Angels, the clubs got along well. Levingston befriended Sonny Barger president of the Hells Angels; the two had a common rival in local police. Colour was of less significance than the fact they were all bikers, a label that was quickly becoming demonised in the media.

While Barger had been inside Folsom Prison on more than one occasion, Levingston was committed to keeping the Dragons out of a courtroom. He insisted all members be employed, and unlike some riders of the era, he refused to put the social club ahead of family. Once, when he caught wind of a bad element trying to get drugs to circulate within the group, he closed down the clubhouse until the offenders moved on. Other times, trouble found him: when the Black Panther Party made radical political waves in the 1960s, the two leather-wearing groups were often confused with one another. 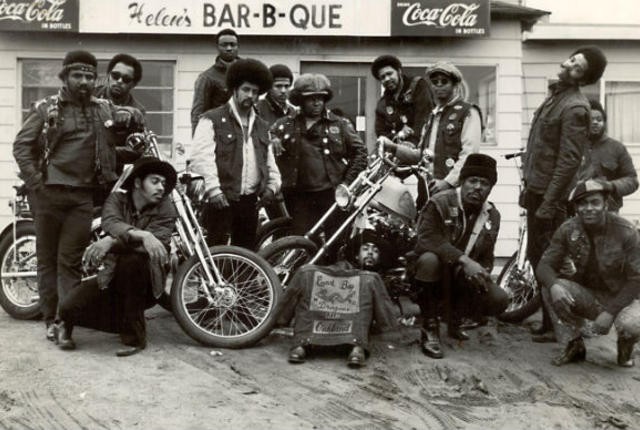 Over the years, the Dragons have kept afloat with dues, organised dances, and other events—though the club could never avoid the violence of motorcycle culture entirely. One member was shot and killed as recently as 2011. But the Dragons live on: in 2014, the Oakland City Council recognised the Dragons for their 55 years of promoting charitable causes and having a “long and fond record of service in the community.” Levingston, now 80, is still club president.