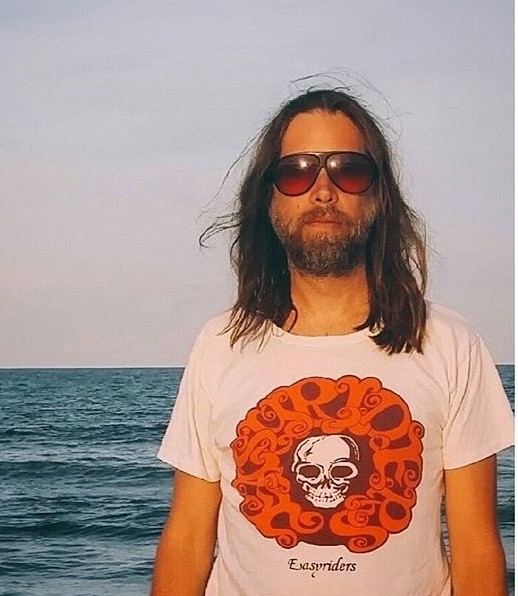 One band that has kept me well sustained over many years is Baltimore’s critically acclaimed Arbouretum, a mighty psyche/folk/rock beast often compared to Crazy Horse era Neil Young with definite leanings toward the country and folk traditions. Engaging, hypnotic and truly beguiling, Arbouretum's live shows are far from self-indulgent; every note, every tone, every solo and every beat is an essential component to expansive and engaging story telling.

Although a fan for many years, I first met Arbouretum's leader Dave Heumann while developing the Eastman sister brand ELMC. While planning the brand launch it was decided a short film would be made to communicate the concept of our new American motorcycle culture based project. The film was to embody the ethos of the brand and the freedom associated with riding a motorcycle along with the cameraderie and brotherhood of being part of a club. The soundtrack was an all important component to this and would essentially drive the film itself. Our immediate thought was to use an Arbouretum song, we contacted Dave Heumann for permission and after many discussions and a lot of work on Dave's part, the result was "Out to the Reaches", a song written and recorded specifically for the film, perfectly capturing a dark journey with an endless moving horizon.

After 5 albums with Arbouretum and numerous other acclaimed projects, Dave Heumann has just released his first solo album entitled "Here in the Deep". Taking this as an opportunity to explore other sides of his song-writing craft, while still bearing a few of the hallmarks of his band, it is a record steeped more in country/folk traditions than psychedelic epics. Of course, under the surface it was always a sense of traditional song-writing that drove Arbouretum, but here it’s much clearer and allowed a sense of freedom to roam. Unhurried, it takes its time to unfold allowing moments of clarity as the music betrays it hidden depths. The almost simplistic nature of it is disarming though and there is much happening under the surface, or indeed on some of the more experimental tracks that show a musician unafraid to take risks. Arbouretum’s thicker tones are replaced by more dappled textures that privilege the folk-rock formalism that has long underpinned much of Heumann’s music.

Anyone who has seen Arbouretum live will be aware of Heumann's prowess in creating mesmerising, trance-like guitar solos which often take the songs into unexpected places, "Here in the Deep" though channels an almost English folk nature into an otherwise very old time American album. Almost as if to nod to bands such as Fairport Convention, it accepts that a widening of musical influences is necessary to a greater understanding of what makes a song tick. It an album concerned more with song writing and consequently, the songs contained within its groove are shorter and more compact affairs and ones that display another side to Heumann's craft. The subtlety that's displayed throughout the record is deftly played out on the penultimate song "Ends Of The Earth", a ruminative jam that builds from gentle foundations into a substantial climax of increasing tempos, noise and sensitive guitar work. 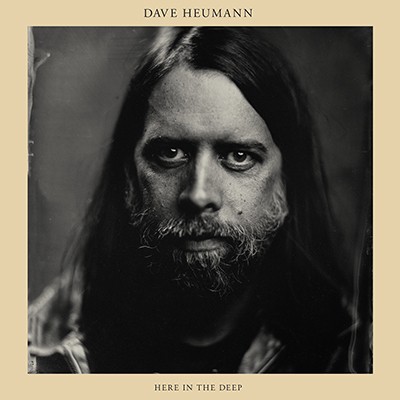 We caught up with Dave last week as he prepared for his current European tour and asked him some questions about his approach to music and the album itself.

This is your first solo record, what were the driving themes and impulses behind it?

I wanted to make a record with the kinds of sounds and textures not usually found in an Arbouretum album- acoustic guitars, hand percussion, etc., also I wanted to include some song ideas that occurred to me at the time to be a little more pop in their sensibilities than what was common for Arbouretum to do.

With a solo project, one would assume you have complete creative autonomy, as such how did this process differ from making an Arbouretum album?

With Arbouretum, it's usual for me to come in with a skeletal idea and then say to the guys, "how do you think we should come in? How many times should this part go? What should the tempo be like?", etc. With this project I didn't have the usual guys giving feedback on these kinds of things, so I really had to trust my own judgement there.

Your lyrics are crammed with rich and evocative imagery, often communicating a complex story or allegory, is this literary approach to songwriting something you consider key to your work?

It's what works for me. I like to appeal to whatever parts of the psyche that respond to poetry. My lyrics aren't poetry, but they are designed to be expressive in a similar manner.

Nature appears to play a big part in your creative process, can you explain why?

To me, nature is as pure or as real as anything else in the world of experience. Much of what we surround ourselves with wasn't around 100 years ago and won't be in 100 more, but nature is enduring and true, even when it's degraded by human activities to an extent.

You're well known for incredible modal sonic excursions in your work, can you tell us about your chosen equipment for this record - guitars, pedals and so on?

For this record I used mainly a smaller Ampeg amp - I forget the model number, but it's all-tube and low wattage. It has a really great quality when paired with my Martin EM-18 electric, and also with my recently acquired Westone Thunder guitar. Pedal-wise, I'm still using my Eventide Time Factor as my main delay, along with an assortment of other stompboxes- Fulltone tremolo, Electro-Harmonix Freeze and so on. I didn't use much overdrive on the record. I mainly would use a boost pedal for the solos to bring out more amp tone.

You're also an avid photographer, what is it about the photographic process you find appealing?

It's just another means of self expression. I mainly just shoot on my phone these days, because mine has a good shooter and it's conveniently always with me, though I've experimented with film cameras and DSLRS in the past. My process with it has a lot to do with editing, and I'm more natural at shooting landscapes as opposed to people-oriented shots.

What records are currently on your own playlist?

I've been listening to a lot of Hamza El Din lately. Also a current band from Australia called Dick Diver is something I find myself putting on a lot. Red River Dialect, whom we are honored to be playing with soon in London, has also been a mainstay. There latest record is fantastic, and so was the previous one.

You're currently on tour in Europe with a fantastic backing band (comprised 1 part Arbouretum and 2 parts The Trembling Bells), with Alex Neilson who is considered one of the finest freestyle drummers around today, can you tell us how this special group came together?

Yes. I asked Alex because not only is he a very expressive and fluid drummer who can play very freely, but he has an extensive background in the folk tradition, which is something I'm always looking to explore more. He recommended Alasdair Mitchell as being a fine bass player with a good ear for vocal harmonies. Matt I asked because he's a reliably good musician on any instrument he plays, and also having someone from Arbouretum with me on this tour helps me feel anchored a bit more than if I had gone to solely with people I hadn't previously toured with.

What's on the horizon for you in the future?

I haven't mapped out all of it of course, but the next thing planned is to finish writing and recording another Arbouretum record. After that, who knows! 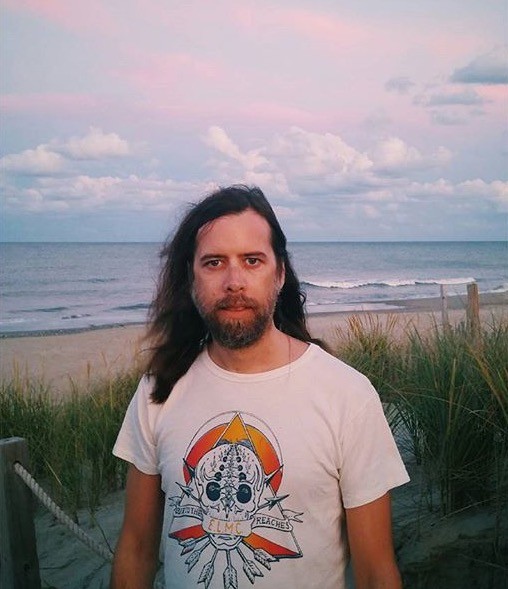 "Here in the Deep" is out now and available from al good record shops, iTunes and Thrill Jockey HERE

Dave is currently on tour in Europe with dates below remaining, check out a show if you can!